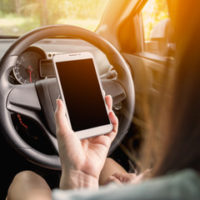 Communication, navigation, music and infotainment. We use our phones all the time and everywhere, even in the car, or should that be especially in the car? Laws banning texting and driving or handheld phone use don’t seem to be decreasing our overall usage, so maybe it’s up to the auto manufacturers and smartphone makers to make device usage safer in the car. And that’s what they are trying to do, while also promoting their use in the car.

Android Auto and Apple CarPlay are designed to connect and sync with your vehicle’s dashboard or touchscreen display. More than just replicating your phone on your car’s display, though, these technologies attempt to deliver the apps you need most in intuitive ways specially designed around the fact that you may be driving at the time. In addition to touchscreen controls, you can also use the entertainment system’s knobs and buttons on the dashboard or steering wheel controls. Voice commands are also integrated, including Assistant (OK Google…) and Siri (Hey, Siri…).

All major auto manufacturers offer the ability to sync with either Auto or CarPlay on at least some of their models. Over 100 models, including all Fords and Lincolns and dozens of GMs, offer Android Auto. More cars offer Apple CarPlay (over 300 models and counting), even though there are more Androids on the market. Some models offer both, of course. Until they all do, though, finding out the car’s capability to work with your phone may be yet another item to add to your new car shopping research.

Google updates Auto functionality, but still with safety in mind

Google conducts its own driver distraction studies in its own driving simulators, and limits the functionality of Android Auto accordingly. For instance, most functions that require three or more taps to complete simply won’t work while the car is in motion. For using the phone, this meant that you could easily access your favorites, recents list (of recently placed calls, recently received calls, or missed calls) and a dial pad, but you could not access your full list of contacts. That would be too distracting.

Less tapping, or less steps to get to the app and function you are looking for, should mean less time with your hands off the wheel, your eyes off the road, or your mind off the task of driving. Or will making smartphones easier to use in the car mean that people will use them even more often than they do now, rather than only using their phone as needed and when it’s safe to do so? Car makers, phone makers and app developers have a duty to make their products safe, knowing their intended and reasonably foreseeable uses. Many companies seem committed to this principle, though they achieve this goal with varying degrees of success. “Ultimately, the driver has to decide when it is safe to use a phone app through Auto or CarPlay while driving,” says New York personal injury attorney Leandros A. Vrionedes. “Any activity not directly related to the task of driving is distracting, and the alarming increase in car accident rates in recent years indicates these distractions can lead to serious or deadly car accidents.”

Your Mileage May Vary

Google and Apple customize their apps to work with Auto and CarPlay, but many of your favorite apps were probably developed by third parties. Different apps may work differently in the car than they do on the phone, and this difference will vary from car to car. Different auto

manufacturers have different multimedia systems, and each one devises its displays and controls in different ways. For instance, the scrollability of an in-vehicle entertainment system is dictated by the auto manufacturer, in addition to any restrictions Google or Apple may build in.

Smartphone compatibility may become the next essential element of a test drive. Great acceleration, handles like a dream, comfortable seats, but how do I access my Maps?