Buying Used? Here’s What You Need to Know. 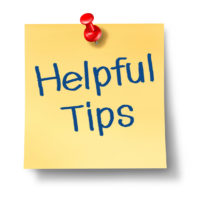 A story published by CNBC the other day reports that the average price of a new vehicle this quarter will top $33,000, about $1,000 more per purchase than this time last year and the highest ever first-quarter report. Those who can afford it don’t seem to mind the higher prices, but the “those who can afford it” segment of the market may not be growing as fast as automakers think they are. While new car buyers may be paying record high prices, overall sales are down. It’s not that people at the lower end of the market aren’t buying cars; they just aren’t buying new ones. If you’re in the market for a used car (hey, it’s NEW to YOU, right?), here are a few things to consider.

Is It Worth It to Pay a Premium for a “Certified” Used Car?

Would you rather buy a used car or a “certified pre-owned vehicle”? The latter certainly sounds better, but what does it really mean? It probably means whatever the seller wants it to mean. Most manufacturers have their own certified inspection program, commonly promising something on the order of a 100+ point inspection. What you really don’t know is how carefully the car was inspected. What you do know is that the dealer will charge more for a certified pre-owned vehicle than for a non-certified used car.

Checking the laws in your state might give you more information. For instance, in California, only used cars certified by the manufacturer and sold through a franchised dealer can be labeled certified; independent lots are out. Also, in California, you’re entitled to receive a complete report of the inspection that was performed. You also know that if the vehicle is certified, it doesn’t have frame damage, salvage title, an inaccurate odometer or other infirmities outlined in the law. So, in theory, you do have some assurances you can take to the bank with a certified vehicle in California. Similar laws in other states may add value to the idea of buying a certified pre-owned car.

You would think that a vehicle certified by the dealer will be in better condition than one that isn’t, but absent statutory definitions for certification, do you have any solid evidence to base that belief on? In the end, if the dealer isn’t offering any type of better warranty or service after the sale for a certified car, are you getting value for the premium you paid for that certification?

Is It Worth It to Buy a Car with a “Salvage” Title?

At the other end of the spectrum from paying extra for a “certified” used vehicle, you could seek out a car with “salvage” title to save a lot more on the cost of the car. However, tread carefully. You may only be buying a headache that will cost you more money in the long run than you thought you were saving. A car is generally given a salvage title when it’s been in an accident and it would cost more to repair than the value of the vehicle before it was hit. Often this means extensive frame damage and serious mechanical issues. Salvage vehicles are often sold for parts, although some dealers pick them up and attempt to sell them, either before or after performing some repairs.

Now, a salvage vehicle could be in decent shape; it could simply be an older, high-mileage vehicle that is not worth what it would cost to repair, even though the damage itself is not too significant. Also, some theft-recovery vehicles are branded with a salvage title and haven’t been in an accident at all.

A salvage vehicle may be rebuilt or need rebuilding. If it’s already rebuilt when offered by the dealer, be especially wary of fraud and deceit. The vehicle may have been rebuilt with other used parts from other junked or salvage vehicles. Repairs may be superficial only and not offer any lasting value.

Whether the car has been fixed or not, it’s key to get a good inspection from a trustworthy source before buying a salvage vehicle. Only this way will you know if the car is worth its price. Safety, maintenance and resale value are all important considerations with salvage titles. In most cases, purchasing a salvage vehicle is not a good decision unless you are getting a very good price.