Do You Want Better Gas Mileage with Fewer Greenhouse Gas Emissions, or Less Car Accidents on the Road? Do You Really Have to Choose? 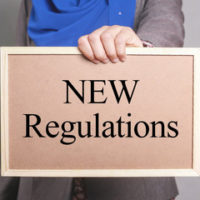 An article recently reported by the Associated Press sheds light on a draft of proposed regulations that would roll back gas mileage requirements for new vehicles in the coming decade, ultimately freezing the fuel standards set by the Obama Administration.  The reasons proffered by administration officials for the possible changes are interesting, to say the least.

CAFE standards heading to 50 mpg if not halted

Auto manufacturers are required by federal law to meet certain standards for fuel economy. The requirement is averaged over the auto maker’s entire fleet, known as Corporate Average Fuel Economy, or CAFE standards. In 2012, the Obama administration published a new set of ambitious regulations that were expected to lead to fleets averaging 41 miles per gallon (mpg) by 2021 and 49 mpg by 2025. In comparison, CAFE standards for 2016 were 34.1 mpg.

According to a report to Congress by the Congressional Research Service, fuel economy would actually reach 54.5 mpg by 2025 if the required greenhouse gas reductions were all made via improvements in fuel economy. However, automakers can reduce emissions in other ways, such as by adding electric vehicles to their fleets or selecting different refrigerants in their air conditioning systems. As reported by the New York Times, these methods provide the manufacturers with credits against the fuel economy requirements, so the actual average mpg fleetwide by 2025 could still by only around 36 mpg under the Obama-era standards. Similarly, despite CAFE standards of 34.1 mpg in 2016, fleet averages were actually on 24.7 miles per gallon.

CAFE standards may be frozen at 2020 levels

The Obama regulations were already set for a midterm review regarding the standards for 2022 through 2025. In a draft of proposed regulations obtained by the Associated Press, it appears the Trump administration may choose to freeze the standards at 2020 levels, which would mean the nation’s auto fleet might average only about 30 mpg in 2026.

The administration also appears set to challenge California’s authority to enact its own fuel and pollution standards, authority it has been given following Clean Air Act litigation. Anticipating this challenge and the new rules, California and over a dozen other states have already initiated a lawsuit against the government over the change.

California is a major economy, so when the state sets standards for fuel efficiency or vehicle emissions, major automakers strive to meet those standards so they can sell to the valuable California market. In this way, California often sets the pace for environmental standards in the U.S., and after that, the world.

Interestingly, the administration appears to be making its case for less stringent fuel economy by tying the issue to vehicle safety and car accidents. Freezing the CAFE standards at 2020 levels, they argue, would save as many as 1,000 lives per year from traffic deaths.

How can this be? Well, dropping fuel economy requirements would let new vehicles be heavier and therefore safer, so the administration argument goes. Additionally, new vehicles would be cheaper because the industry does not have to spend extra dollars on fuel efficiency, leading to more of the driving public operating newer, safer and heavier cars.

Additionally, the administration points out that if cars get better mileage, the driving public will be encouraged to drive more, but with poorer gas mileage, people will consciously drive less. Of course, the argument goes, the more people drive and the more miles they put on the road, the more likely that car accidents are bound to occur.

The AP article quotes David Zuby, the chief research officer at the Insurance Institute for Highway Safety, as expressing skepticism of the administration’s argument. Less traffic deaths may indeed be in store for America’s future, but not necessarily for the reasons offered by the government. Other safety standards are in the works, such as the agreement in the auto industry to include automatic emergency braking (AEB) as standard on all models by 2022. Also, heavier vehicles are not necessarily safer than lighter vehicles. While being encased in steel offers some nostalgic sense of security, lighter vehicles can and do include many modern safety features in the event of a crash, and lighter metal alloys may in fact be stronger than traditional steel. Lighter cars also tend to handle better than older, heavier vehicles, making collision avoidance more likely. Additionally, the heavier a vehicle is, the more force it will impart in any collision, making the accidents which do occur more serious and deadly.

It’s reasonable to expect that people will want to continue driving and will continue to want not only safer and better-built cars, but also improved fuel economy as well. Regardless of what the future holds for fuel economy and greenhouse gas emissions, at any mpg, more careful and less distracted driving would go a long way to reducing the number of car accidents on the road.