How Safe is Safe Enough? Renowned Research Group Says Waiting for the Perfect Vehicle would Cost Half a Million Lives 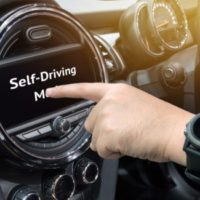 We all feel the rumblings that the era of the self-driving car is approaching; some say it’s here already. But the technology behind driverless cars is still developing and improving, and only a handful of states currently permit autonomous vehicles (AVs) on their roads, primarily for limited, testing purposes at this time. Is a completely driverless world in our future, and if so, how far away is it? Five years? Twenty? One well-known research organization has conducted a study in which it concluded that even imperfect autonomous cars are safer than human-driven vehicles, and the longer we wait to bring about the driverless era, the more lives will be lost. The study was conducted by the RAND corporation, a research organization focused on developing solutions to public policy challenges regarding safety, security, health and prosperity.

Over 37,000 people died on the roads in the U.S. last year, according to the National Highway Traffic Safety Administration. You can chalk up those fatalities to distracted driving, drowsy driving, speeding, drunk driving and other negligent and reckless driving behaviors. If driverless cars are just a little bit safer than human drivers, then already some lives would be saved, since “autonomous vehicles are never drunk, distracted, or tired,” as RAND researcher David Groves commented.

So when do we put these cars on the road in mass quantities? Do we introduce self-driving cars when they are about as good as teenage drivers, or do we wait until they are as good as professional drivers or better? The RAND study examined 500 different scenarios and found that early introduction of autonomous vehicles saves more lives than waiting. For instance, the study found that introducing AVs when they are only ten percent better than human drivers would save 1.1 million lives over a 50-year period. Waiting until the cars are nearly perfect, however, would save only 580,000 lives over the same timeframe. Waiting for safer cars would actually save fewer lives, according to the study.

Even if driverless cars prove their safety advantages over human drivers tomorrow, there will still be a ways to go before we see the end of human driving. As the RAND study itself concludes, a myriad of other puzzle pieces must also fall into place to create a driverless world, including decisions regarding liability and insurance policies, traffic laws, privacy and cybersecurity concerns, and not least of all the massive infrastructure changes that would most likely be required. And lets’ not forget one other element that needs to be factored in to the “driverless world” equation: For a lot of us, driving is just plain fun.