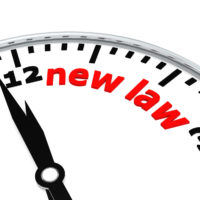 All across the country, lawmakers are busy addressing the most important issues of the day. Here’s a look at some of the laws in the making across the country that could impact cars and their drivers in a variety of ways, from driverless cars and seat belts for those cars that still have drivers, to license plates and direct-to-consumer car sales. Let’s start with a fun one…

In Iowa it’s illegal to sell automobiles on Sunday

Some states ban the sale of alcohol in liquor stores on Sunday, but in Iowa it’s car dealers that need to go dark for one-half of the weekend when most other Americans go car shopping. That may change only slightly if Senate Study Bill 3139 becomes law. This bill would get a foot in the door by allowing RV/motor home sales on Sunday, although automobile sales would remain verboten. The restriction is not limited to the Hawkeye State, either. According to the National Conference on State Legislatures, Iowa is one of 17 states that either restrict or outright ban the sale of vehicles on Sunday.

The California legislature has cleared the way for driverless cars to hit the city streets for testing purposes. Previously, concerned lawmakers required that a human be in the vehicle either behind the wheel or elsewhere ready to take over at a moment’s notice, but the new law allows driverless vehicles to be on the road unoccupied, making for a truly realistic test bed indeed. The DMV may start issuing permits as early as April 2nd. We think April 1 would have been a better date for people to pull up next to a driverless car in the intersection on their way to work, but darn, it’s a Sunday. In Utah, HB371 would expressly allow for the operation of driverless vehicles on public roadways, a practice which is not expressly prohibited under current law but not clearly allowed either.

Tesla wants to be able to sell cars directly to consumers, but some states prohibit auto manufacturers from holding dealer licenses

The issue has been raging recently in Connecticut, where the idea is supported by consumer groups and strongly opposed by dealers. A bill to allow Tesla to sell its cars without the typical manufacturer-dealer franchise agreement died in the legislature last year. In fact, bills have been introduced here and failed for the last three years, but Tesla is not giving up, and there may be another push coming soon in the legislature to give it another try.

Back to Iowa Law

Under current law, motor vehicles are required to display license plates on both the front and rear of the vehicle in most cases. A new proposed law, Senate File 2122 , would require vehicles to display only one plate, on the rear of the vehicle. Nineteen other states currently require only one plate per vehicle. Law enforcement opposes the change that is favored by classic car owners, luxury vehicle owners, and owners of new cars that do not come with pre-drilled holes for license plates on the front bumper.

New Hampshire is the last state in the union to not have a mandatory seatbelt law. HB1259 would require seatbelts for all drivers and passengers unless specifically exempted (passengers in transport for hire, passengers in school buses, and a few others). If HB1259 becomes law, drivers could face a $25 fine for a first offense or a $50 fine for a subsequent offense. Failure to wear a seatbelt under the new law could not be introduced as evidence of contributory negligence in a car accident personal injury claim, as it can in New York and 14 other states.