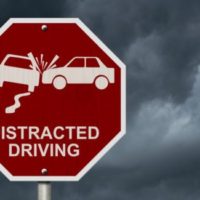 Infotainment. It’s information. It’s entertainment. And it’s constantly beckoning to us from our car’s dashboard. Some of the information provided can be very helpful to the driving experience, while some are just for fun, and in between we have the cries for constant communication and social media updates we have grown to feel are indispensable to our daily lives, but probably really aren’t.

How much information do we need to have streaming at us while we are driving, and what are the best (and safest) ways to retrieve it and interact with these systems?

These questions were answered  in a report released in September 2017. The most demanding task was programming navigation, followed by texting, then calling and dialing, and finally tuning the radio. Among the various interactive technologies studied, all produced a very high demand on the driver in terms of taking their eyes off the road, their hands off the wheel, and the total time they were cognitively distracted from driving to focus on the task. Of the 30 different vehicle makes and models studied, the systems in 23 vehicles required a very high overall demand, with a moderate demand of attention in the other seven. None of the infotainment systems studied required only a low level of demand. A low level of demand is deemed equivalent to tuning the radio, while a high level of demand is like balancing your checkbook.

Participants in the study drove two miles down a residential road with a posted speed limit of 25 mph while completing the various tasks on the different infotainment systems. Depending upon the vehicle make and model, the system may have offered interaction via voice-based or touch screen on the center console or center stack.

It was previously known that taking your eyes off the road for two seconds doubles your risk of a crash. Programming the navigation across the various systems in this study took an average of 40 seconds. At the speed of 25 mph used in the study, a car would travel the equivalent length of four football fields while attending to this task.

Of the 30 vehicles included in the study, the ones with the infotainment systems that placed the highest overall demand on the driver were the Honda Ridgeline RTL-E, Audi Q7 QPP, and Volvo XC60 T5 Inscription. The vehicles with the least demanding systems were the

AAA reminds you that just because a vehicle comes with certain exciting new technologies pre-installed, this does not mean the automaker has done any testing on whether these technologies are safe to use while driving. The researchers hope for the day when all infotainment systems require no more demand than tuning the radio. Until then, get to know your system before you try it out on the road. Even if you are familiar with your system, whenever possible program your navigation before you start driving, and get caught up on your calls and texts before you head out.