USDOT Under Secretary Calls for Better Testing of Driverless Cars 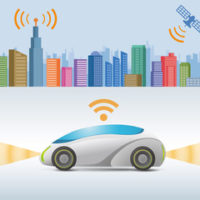 Self-driving cars can be driven on California and Arizona roads without a human driver in the vehicle ready to take over, and an autonomous vehicle ride-hailing service pilot program is underway in Phoenix. Most states have some form of laws in place regulating self-driving cars on their roads, and driverless cars have already logged millions of miles in testing and are already considered far safer than human-driven machines, despite the fact more improvements in the technology are yet to be made. Still, some say the way we measure the safety of self-driving automobiles could be better. In fact, a high-ranking official in the Department of Transportation made just such a call at a recent technology conference earlier this month. If you have any legal questions regarding driverless car safety standards, contact our law offices.

Driverless cars have logged millions of miles in testing, but what does that mean?

The remarks were made last week at the GPU Technology Conference held in Washington, D.C. by NVIDIA, a leader in the field of artificial intelligence (AI) and maker of the graphics processing unit (GPU) parallel processor used in self-driving cars and other advanced technology. The remarks were made by Derek Kan, Under Secretary for Policy at the United States Department of Transportation. Under Secretary Kan spoke at a session on AI technology for autonomous vehicle development in training, simulation and testing.

As reported in Automotive News, Kan called for better metrics to judge the actual safety of autonomous vehicles (AVs). The usual metrics – miles driven and frequency of human intervention – don’t tell the whole story, according to Kan. For instance, they don’t differentiate among the types of miles that are being driven. In other words, the ability of a self-driving car to avoid a collision over a thousand miles of desert highway may be very different compared to its performance over a thousand miles of rush hour city traffic.

Currently, how driverless cars can be tested and under what conditions is determined in part by state law as well as National Highway Traffic Safety Administration (NHTSA) guidelines. NHTSA released new draft guidance for public comment on October 4 in the form of Automated Vehicles 3.0: Preparing for the Future of Transportation. NHTSA is considering relaxing its rules regulating self-driving cars to allow for more test projects. For instance, the body may make changes to allow for designs that wouldn’t be allowed under present standards, like cars without steering wheels or gas and brake pedals.

As more cars with various levels of automation enter the road, we’ll likely see more collisions and gather more data to make better assessments and improvement in AV safety. An Axios study of autonomous vehicle accidents in California earlier this year attributed the great majority of incidents to human error. The study reviewed 88 accidents in California since 2014 and found 81 were attributed to human error. Of the 62 accidents which occurred while in full AV mode, only one was thought to be caused by the autonomous vehicle itself. Still yet to be determined is how damages will be paid out in a civil action for negligence after a crash involving a self-driving car. Will injured drivers, occupants or pedestrians sue the owner or occupant of the AV, the manufacturer or both?