When Did Cars Turn into App Delivery Systems on Wheels? 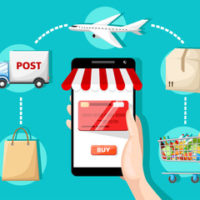 A recent ad for the latest Google Chromebook laptop computer asks the question, don’t you wish your computer was more like your phone? It seems we’ve come full circle, because computers used to be like computers and phones used to be like, well, phones. And it was the phones that wanted to be more like computers. But smartphones do so much more than place calls now that it’s really kind of funny that we still call them phones. And now computers want to emulate that smartphone look and feel to provide an enhanced user experience.

Well, it seems that automakers have the same idea. A recent commercial for the Volkswagen Jetta refers to the car as an “App-Magnet” and shows a giant wall of animated app icons flying through the air and stuffing themselves into the vehicle. Other marketing suggests driving the Jetta will “add a few followers,” but are the advertisers referring to cars left behind you in traffic due to the turbocharged engine, or is this a reference to your popularity on social media for driving their car?

Not only the Jetta with its App-Connect feature but every auto maker is scrambling to make sure they are compatible with Apple CarPlay and/or Android Auto so you can connect your phone to your car and have all of your phone apps ready and available on the car’s own information display and touchscreen navigation.

Are we making driving more or less safe?

It seems safe to say that apps are here to stay for the near future, whether we access them through our computers, our phones or our cars. A question remains whether integrating our phones with our cars will make driving more or less safe. It is clear that car accidents, measured by traffic fatalities on the road, are on the rise. For fifty years, rates of traffic deaths in the U.S declined year after, presumably as vehicles were made safer. Then in 2016, we saw a 5.6{d975aeaddbfe3a79111a58dece9c72d00f96b60147cea3c299f19c6387a30009} increase in roadway fatalities over 2015. The numbers have since been climbing each year.

The reason or reasons for the increase are unclear. The NHTSA reports that less than ten percent of deaths are due to distracted driving and attributes only 448 deaths in 2016 to mobile phone distractions. Yet other safety groups point out that phones are active in almost 88{d975aeaddbfe3a79111a58dece9c72d00f96b60147cea3c299f19c6387a30009} of all drives, and they also point to the especially high rates of collisions with bicyclists and pedestrians to theorize drivers are not keeping their eyes on the road as much as they should for safety.

Putting the apps on the vehicle’s display may be an improvement over the driver constantly looking at his or her phone, whether for maps and directions, texting, picking a song or playlist, obtaining news and information or social media updates. How well the vehicle’s display works in this regard seems largely a matter of design and may vary widely from make to make and model to model.

There is no question that what would be safer would be to refrain from accessing most apps while driving, but is the public willing to go along with that idea? The technology certainly exists to make certain apps inaccessible while the car is in motion, but carmakers are unlikely to implement such technology absent a mandate from the federal government. Some do provide warnings to the user about paying attention to the road, but then the warning goes away and the apps spring to life.

If you’re in the market for a new car, enjoy your new app-magnet. Just remember to watch the road.